Based on an interview with Joao VIEIRA DA CUNHA and Antonio GIANGRECO and on their article* “Learning from unexpected technological success: An extended model of supply-side diffusion” (European Journal of Information Systems, 2021), co-written with Lapo MOLA and Andrea CARUGATI.

The success of an information system for Italian long-term care facilities, as it was developed by one facility and subsequently spread to more than 100 throughout Italy, offers unique insights into how technology spreads in society. 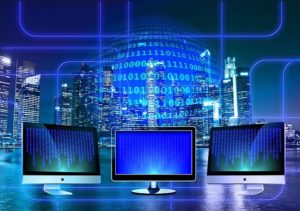 As consumers, we think about the spread of new technology something like this: Some Big Tech company or snazzy startup puts out a cool new device, like the latest iPhone — often with features we didn’t even know we wanted — and then people either buy it or they don’t.

There are, however, other explanations for the diffusion of technology, as the researchers of a new paper make clear. In the case of the iPhone, a company develops a device and then markets it — effectively or not. But another reason a technology might spread is because there is a clear need for it, people see its usefulness once it’s developed and they adopt it. Yet a third reason a certain technology might spread is because it is mandated by an institutional body, like the French government’s imposition of its Covid-tracking app, which allows people to report their health status, record their vaccinations and more.

Usually technology benefits from just one of these types of diffusion, and thus research on the subject focuses on one of these aspects. Joao VIEIRA DA CUNHA, Antonio GIANGRECO and their co-authors wrote about the dissemination of an information system that had the unique characteristic of embodying all three types of technological diffusion.

The researchers studied the spread, over a period of 16 years, of a healthcare information system used to assist in patient care and record keeping in Italian long-term care facilities.

The progression of the technology through various stages shows that the same technology can be diffused by different supply-side agents (developers, governmental bodies) at different points in its life cycle.

The system was first developed in-house by a nonprofit long-term care facility for its own use — to ameliorate care for its own patients. The facility began to promote the IT system as a factor in its ability to provide improved care.

As other facilities began to see the usefulness of the IT system, the original facility transferred its license to a software company to develop and market the system, as these increased duties were beyond the capabilities of the original developer. The original facility asked only that it be provided with system updates for free.

Eventually, the regional government recognized that the IT system was an efficient way of collecting and transmitting healthcare information in a standard format, allowing the performance of analyses, comparisons and performance reviews that were previously not possible. The local health authority began to mandate the system.

Finally, with the legitimacy gained from the government mandate, the IT system spread to other regions, even though it was not mandated by these regions. The software company continued to develop and sell the software — the burden of marketing the product significantly reduced because of its reputation. 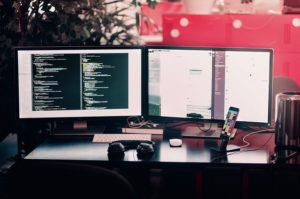 “The most surprising factors of the research were the triggers from one stage to another,” Joao VEIRA DA CUNHA said. “Not only that but also the resources necessary for the transitions to take place.”

When the first facility transferred its license to the software company, it sought out a partner that shared its values — one that would continue to develop the system in a way that was faithful to the intent of the product and appreciated the social role the technology could play.

To amplify this social role, it was necessary for the software company to improve the product and make it easy to use for the adopters (nurses and others, who were not necessarily technologically savvy), thus reducing the need for training. The software company therefore worked on the interface to make it user-friendly, and the software migrated from use on desktop computers, to laptops and in a final stage, to tablets.

When the technology was imposed by the local government, not all nursing homes had the funds to buy it. Therefore, the creation of a financing structure — a partnership with a local bank to cover the cost of licensing and some training — was another crucial condition for the technology’s spread.

Companies that develop technology for their own use should be aware that it may be of interest to other companies, which may, in turn, put pressure on the company to develop and market their technology. They may therefore want to form a partnership with an IT company.

IT companies, for their part, should keep an eye out for useful technologies being developed by users, which could be marketed.

In addition, Joao VIEIRA DA CUNHA said, “our study highlights the need to make sure that the support structure is there so that people can adopt technologies.” This includes support for training as well as financial support, which was decisive in this technology’s adoption.

The authors collected data for this longitudinal study from 2008 to 2014, but reconstructed the period going back to 1999, when the healthcare technology was first developed. The researchers interviewed 116 respondents, including those who developed the system, commercialized the system, the public authority that mandated it, as well as care facilities that both did and did not adopt it.

Joao VIEIRA DA CUNHA is a professor of information systems, and director of research at IÉSEG School of Management. He studies leadership in the digital age, with a focus on the production and use of data in companies.

Antonio GIANGRECO is a professor of human resource management and associate dean for international relations at IÉSEG School of Management. His main research interests are in the area of IT-driven change, well-being and compensation performance assessment.

Corporate Relations
IÉSEG is a major player in finance training and has developed innovative programs adapted to market expectations. Thanks to its majors such as “Asset & Risk Management” and “Financial Transactions […]

Pedagogy & Research
When looking and applying for jobs, future employees often subjectively assess whether their knowledge, skills, and abilities meet the demands of their employer, as well as whether organizations’ values, resources […]
See our News