Social media networks increasingly blur the boundaries between our professional and personal lives. Employees use such networks to discuss and communicate about different aspects of their personal lives which may be seen by employers or colleagues. Furthermore, companies increasingly see the value of employees using social media in a professional context, for example as ambassadors for their activities.  This can, however, create challenges for some people, for example gay employees who may not want to reveal certain types of personal information to their colleagues or their manager. Professor Lucas Amaral Lauriano from IÉSEG and co-author Thiago Coacci (Federal University of Minas Gerais) recently published the findings of a new study* where they spent 480 hours observing working teams and interviewed 18 gay employees from the Latin American subsidiary of an international manufacturing company about their experiences. We spoke to Lucas about the strategies that gay employees used to deal with such difficulties and how companies can use the findings to improve their diversity and inclusion activities.

Could you briefly explain the background to this research?

I actually come from Brazil and have a background in corporate sustainability activities. When we decided to carry out the study it was a very specific political and cultural context in the country. It was at the time of the (last) Presidential elections, and the political environment was having a clear impact on certain minority groups and this can spill over into the workplace. Social media is also very important in Brazilian society and at the same time I could see how it was also becoming an increasingly important tool for companies who encourage employees to use social media in different professional contexts. Therefore, we decided it would be very interesting and opportune to look at how employees manage their social media activities where their personal and professional worlds collide. 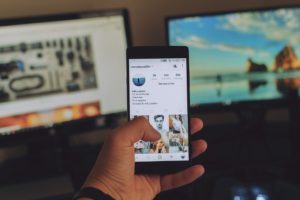 With the agreement of the company, I set out therefore to carry out an ethnographical study over four months on its sustainability practices. I was able to participate in and observe different aspects of the company’s activities (meetings, presentations, etc), take part in many informal conversations, and finally managed to gather 20 interviews with 18 gay employees. We first talked to 2 employees who were out of the closet. Given the many problems we mapped with these initial conversations, we decided not to extensively advertise this part of our research in the organization. Whereas managers knew I was doing sustainability research, only the diversity coordinator was made aware we were also interested in understanding the everyday struggles of marginalized employees: this helped me, as one of the challenges at the beginning was ensuring that gay employees – who were not openly gay – would be happy to come forward and discuss their experiences.

What were the main findings and the different coping strategies that you identified? 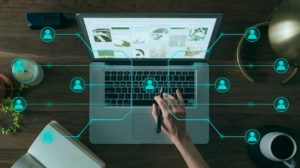 We observed that gay employees generally faced a dilemma when using social media in the professional context. Social media has generally been seen as a safe place for minority groups where they can express themselves more freely. As companies increasingly encourage employees to use social media, this has changed this dynamic and means they have to deal with this blurring of boundaries. We identified three types of coping strategy.

Firstly, many employees simply attempted to mirror their disclosure levels both online and offline. This means they used social media as an extension of their face-to-face behaviors. If they were open about their sexuality in the workplace, they tended to do the same on social media. Those employees who were not open about being gay in the workplace used different methods to hide or to portray themselves in more heteronormative ways on social media. For example, some decided to block colleagues from following/viewing (their accounts/posts) or they decided not to post pictures with partners etc. This was probably the most typical coping strategy we saw but nevertheless we saw this could cause many challenges for them.

Secondly, some gay employees adopted what we refer to as online destigmatization efforts. This means they were not satisfied with this idea of having to hide or having to pretend that they were somebody else online. So they decided to use social media to emphasize that they were gay. Some posted political statements and felt they needed to expand the boundaries of what is considered ‘acceptable’ at the workplace. This was probably a minority of employees that were doing this, but it was very important as we saw these people can also help organizations to improve their internal practices.

Finally, we also had an example of a person that was not observing these connections between online and face to face interactions. So, they were in what we refer to as collapse denial. The person thought and acted as if there was no connection between their online and face to face activities, acting one way on social media and in a contradictory manner in face to face interactions with colleagues. This created challenges for this person at work as team members who saw his social media activity had some difficulties understanding his discourse at work. I would like to stress that we believe this was an outlier case, that means it was more of an exception as it didn’t follow the more common patterns above, probably because this was a difficult coping mechanism to maintain.

What are the implications for employers and particularly companies looking to improve their diversity and inclusion initiatives?

I believe that this research has implications for companies facing similar ‘context collapses’ (i.e. when social media is increasingly pervasive between employees and their use is stimulated by organizations), and also for different types of minority groups and employees who can potentially be marginalized or stigmatized in the workplace.

One thing our study highlights is the need for organizations to have clearer policies on social media and online behavior particularly in terms of developing awareness with employees. Many organizations want their employees to help with their online presence but many  don’t give guidance, or raise awareness, about their expectations and implications.

Another action that organizations can consider would be integrating social media in their diversity training with clear support and implications for both managers and employees. Many organizations nowadays are involved in different types of diversity training and I think it would be an important step forward if these can incorporate social media awareness in their training.

Finally, I think the last important aspect relates to mapping experiences within an organization. For example, in our study, the company actually had mapped employee experiences and invited some of the gay employees we had interviewed to come forward and be part of its future diversity initiatives. This can help identify people who can potentially share their experiences and help management with developing diversity and inclusion initiatives and goals. This can also help to give more legitimacy to such initiatives within an organization, as these groups are less likely to criticize if they are actively involved in them.

*“Losing Control: The Uncertain Management of Concealable Stigmas When Work and Social Media Collide”, Lucas A. Lauriano and  Thiago Coacci, The Academy of Management Journal (2021).

Corporate Relations
At a time when young people and consumers attach more and more importance to societal and environmental issues, companies have every interest in adopting a sustainable approach. It has thus […]

Integrating ethics in the development of artificial intelligence (AI): an interview with the ICOR Prize winner and Professor Mercier

Corporate Social Responsibility (CSR)
Systems based on AI are now commonly used in many areas of our work and lives. The rapid growth in the use, and impact, of such systems nevertheless raises several […]