When political ideology is a dangerous communication strategy 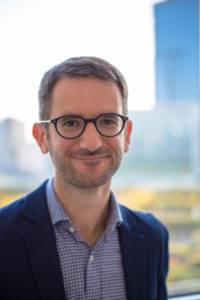 Based on an interview with Benjamin Boeuf and his paper “Political ideology and health risk perceptions of food” (Social Science & Medicine, Volume 236, September 2019).

Companies increasingly express political opinions in their corporate branding and messaging to boost their growth, but a 2019 study of food health claims reveals this communication strategy can actually be dangerous.

In the American fast-food industry, Chipotle’s communication strategy highlights traditionally liberal values, as in its “Love What Makes You Real” campaign celebrating the LGBTQ+ community for 2019 Pride month. A&W’s communication strategy, on the other hand, highlights its commitment to traditionally conservative values, like patriotism, such as its focus on honoring and supporting American soldiers and their families every year as part of the company’s August 6th National Root Beer Float Day. “We are living in increasingly polarized societies regarding political ideology,” notes IÉSEG Professor of Marketing Benjamin Boeuf. “We know that, in these times, using politicized messaging can help companies tell stronger brand stories, and that companies with such stories tend to have higher growth rates than others.”

And yet, research on politicized messaging so far has mostly been restricted to the effects of social values on recycling and other ethics-related behaviors. Very little research has been done on the interplay between political ideology and what Professor Boeuf describes as “less moral and more self-centered values”, such as food safety. This is the subject of his 2019 study. “I really wanted to learn how political ideology works as a market segmentation criterion, like gender or age,” he says.

“Food choice is often more influenced by the psychological determinants of consumer understanding and perception of food safety than the physical properties of food,” writes Professor Boeuf. This is why food and beverage companies invest massively in shaping the public’s understanding of food health. “Food and beverage companies spend millions every year on lobbying the US Congress for example in relation to health/dietary guidelines ,” explains Professor Boeuf. “They also target consumers directly by promoting messages that make health claims about their food.” A vast number of food items today are marketed with messages linked to health (lowering cholesterol, promoting good gut bacteria, boosting the immune system, etc.).

Food health claims are supposed to help consumers make more informed choices, but, again, their effects depend more on how people interpret the messages than the actual claims themselves. It has been shown that in some cases food health claims can cause consumers to underestimate food health risks.

In his 2019 study, Professor Boeuf wanted to find out how using political ideology as a communication strategy for food health claims increases or decreases their effectiveness. He found that, unsurprisingly, when the messaging for food health claims (“our hot dogs are 100% beef and raised without antibiotics”) includes values traditionally associated with conservatives, such as patriotism (“we are very proud to be part of the American culture and to serve our hot dog to our fellow citizens”), perceptions of health risks increase among liberals. The same is true for conservatives exposed to messaging for food health claims that focus on traditionally liberal values, such as social justice (“we are engaged in the reduction of social injustice by supporting and financing various local charities and community groups”). Surprisingly, however, health claims framed by political values that align with those of consumers were found to have no affect at all, neither increasing nor decreasing perceptions of health risks.

We stated above that food health claims can cause consumers to underestimate food health risks. In sum, Professor Boeuf’s findings suggest that politicized messaging is unlikely to amplify that underestimation; what’s more, when the political values highlighted in the message do not align with the consumer’s politics, it is even likely to hamper that effect.

Why does politicized messaging increase skepticism?

Professor Boeuf theorizes that politicized messaging functions purely negatively on the effectiveness of food health claims in part due to two psychological mechanisms known as high involvement and fluency.
High involvement occurs in decisions of high psychological risk. “Food consumption relates to a highly personal, concrete matter of self-protection. Consumers are already suspicious of health claims, which makes them even more inclined to engage in self-protection and risk reduction strategies. In such conditions, people are known to give more weight to incongruence (i.e., in this case, political values at odds with their own), than congruence (i.e., political values that align with their own).”

Fluency is how easy and pleasant it is to process a given message. When the messaging around food health claims highlights political values that do not align with the consumer’s, it lowers the fluency of the message, which causes the consumer to stop and question. “As soon as consumers spend more time processing the message, it increases the likelihood that they will reject the claim.”

Professor Boeuf suggests further research should be done to see if his study results apply to other health-related behaviors, such as smoking and weight loss.

Professor Boeuf conducted 3 separate studies in 2019. For each study, he recruited 700 Americans. Participants were asked questions in relation to health claims from fictitious/real brands and with messages that were either framed with political values/or not.

What do these results mean for food companies and public health officials? Can these findings be used to promote healthy behaviors more effectively?

“It all depends on whether you are trying to make positive health claims or warn about health risks. The results suggest that politicized framing of health claims is probably inappropriate or at least a dangerous strategy, but it could be beneficial if you are trying to warn people about risks,” he says. “Consider Michelle Obama’s ‘Let’s move!’ campaign, which was making health claims framed by values associated with Democrats. The study results suggest this was a dangerous strategy for this campaign, because it was likely to alienate Republicans without making the campaign any more convincing for Democrats. If the campaign had been trying to warn people about the dangers of unhealthy food, however, then politicized framing could have been beneficial.”

Similarly, Professor Boeuf’s results suggest that food companies should avoid highlighting political values in any messaging that makes health claims and/or aims to lower perceptions of the health risks associated with their products.

Professor Benjamin Boeuf is Associate Professor of Marketing at IÉSEG School of Management, which he joined in 2017, and a member of the LEM (Lille Économie Management, CNRS, UMR 9221). He holds a PhD in Marketing from HEC Montreal, and his research focuses are political ideology and fear of death.