*Based on an interview with Elodie Gentina and her article “Digital natives’ coping with loneliness: Facebook or face-to-face?” (Information & Management, 2018), co-written with Rui Chen.

Today’s adolescents are so immersed in technology that it is unsurprising that they turn to social media when they feel lonely. But not all of them do, which is good news, because face-to-face interactions foster deeper friendships. Researchers have discovered why some teens prefer online channels, and explain why they should be encouraged to connect with peers offline.* 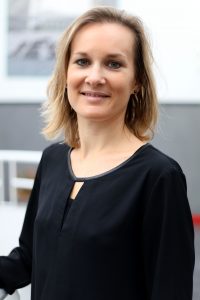 Today’s American teenagers spend an astonishing six to nine hours a day using entertainment media, not only watching TV and listening to music but increasingly using mobile games, social media and viewing online videos, the US nonprofit Common Sense reported in 2015. It also revealed that 78% of them check their mobile phones hourly. They are heavy texters, update their Facebook pages (95% of young people between 16 and 24 have a profile), share photos on Snapchat, watch YouTube videos — the list goes on and on.

The picture is similar in France, where adolescents are so smartphone-dependent that 40% of them sleep with their phones. “A kind of digital security blanket,” remarks IÉSEG professor Elodie Gentina, whose research focuses on this new generation, Gen Z. These “digital natives” are growing up in a digital technology-saturated world, yet at the same time, these ultra-connected teens suffer from loneliness just as much as, if not more than, previous generations.

Almost 80% of digital natives constantly feel lonely, according to Gentina’s latest research paper. To compensate, they may reach out to others, disclosing information about their personal interests or problems, thus developing social relationships. But do digital natives automatically turn to digital media to create intimacy with their peers? “It’s vital to understand the new generation, because their behavior will become the norm, whether we like it or not,” says Gentina. So she and her co-author, Rui Chen, Associate Professor at Iowa State University’s Ivy College of Business, set out to discover when and why some of them choose online channels while others prefer face-to-face interactions.

The researchers surveyed more than 400 French adolescents about their coping skills. They asked participants what they thought about when they felt lonely (did they worry about the past, for example) and how they behaved (stayed calm, acted immediately, etc.). The researchers also asked how much participants discussed their personal feelings and worries with friends on Facebook and face-to-face. The researchers were thus able to identify those who used active coping strategies, tackling the issue directly, and those who used passive coping strategies, trying to avoid the problem. In concrete terms, “active coping translated into face-to-face interactions, usually at school, whereas passive coping led to engaging in self-disclosure on social networks,” Gentina explains.

While phones and tablets (digital natives access Facebook on mobile devices, not computers) are tools that “help maintain and extend friendships,” she warns that Facebook friendships are more superficial, and create a mere illusion of friendship. “Even the new generation still needs real contact,” says the professor, citing the renewed popularity of the scout movement as an example. She and her co-author argue in favor of face-to-face disclosure, writing, “These interactions are effective for cultivating quality relationships and enable personalized communications, including gestures, facial expressions, body language and eye contact.”

One very striking result was the marked difference in preferences between boys and girls: the research revealed that female teenagers engaged significantly more in face-to-face interactions while male teenagers tended to turn to the Internet. But why should boys favor emojis and girls real giggles? Gender theory suggests that women tend to engage in “communal,” other-oriented behavior, based on cooperation and intimacy, whereas men tend to engage in “agentic” behavior, which is more competitive, independent and even aggressive. Such a dominant gender role is hardly conducive to the displays of empathy and sympathy necessary to establishing close relationships. And yes, such marked gender roles are still valid today, “no matter how egalitarian we try to be when raising our children,” Gentina notes.

Knowing that self-disclosure on social networks is associated with passive coping and avoidance, parents and educators can encourage lonely teenagers to seek more constructive ways of establishing social bonds. Boys in particular might need extra coaching, perhaps through role models, to improve their social skills.

“Real-life” contact should also be encouraged in the workplace, Gentina recommends. She sees the need for a “return to the fundamentals” of face-to-face communications, although employers might be tempted to rely solely on instant messaging and other tools to recruit and work with digital natives.

Elodie Gentina is Associate Professor of marketing at IÉSEG School of Management. She holds a PhD in marketing from the University of Lille in France. She is the author of the books Génération Z, des Z consommateurs aux Z collaborateurs (2018, Dunod), and Marketing et Generation Z (2016, Dunod).

The researchers asked 409 adolescents (aged 13 to 18) from three different French schools to complete a survey in order to examine how they coped when feeling lonely, both in terms of problem solving and emotions, and to measure their self-disclosure behaviors, both on and offline. They then constructed a theoretical model linking perceived loneliness and coping strategies.

Corporate Relations
At a time when young people and consumers attach more and more importance to societal and environmental issues, companies have every interest in adopting a sustainable approach. It has thus […]

Integrating ethics in the development of artificial intelligence (AI): an interview with the ICOR Prize winner and Professor Mercier

Corporate Social Responsibility (CSR)
Systems based on AI are now commonly used in many areas of our work and lives. The rapid growth in the use, and impact, of such systems nevertheless raises several […]