IÉSEG > Events > Conferences > Policy Debate “The Future of the Euro: between Risks and Challenges?”
Back

Policy Debate “The Future of the Euro: between Risks and Challenges?” 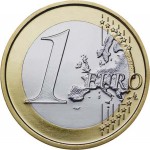 After seven years of crisis, the economic recovery in the euro area appears fragile and highly uncertain on the account of economic divergence among Member States of the Economic and Monetary Union (EMU). In addition, the issues to complete the institutional framework are numerous but of utmost importance in order to establish a real economic union in conjunction with the monetary union. The purpose of this policy debate is thus to review the challenges of the EMU ahead from the academic and central banker viewpoints. In the end the real question will be to know whether the EMU could simply survive without the expected progress in the institutional design.