Can You Force Change Within a Company?

IÉSEG > News > Executive Education > Can You Force Change Within a Company? 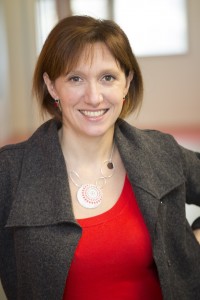 Based on an interview with Anna Canato and on her article, “Coerced Practice Implementation in Cases of Low Cultural Fit: Cultural Change and Practice Adaptation During the Implementation of Six Sigma at 3M,” co-authored with Davide Ravasi, (Professor at City University, London) and Nelson Phillips (Professor at Imperial College London, , and at Aalto University, Finland), published in Academy of Management Journal, December 2013.

Change management consultants often say that it is necessary to create consensus in an organization before initiating large-scale changes. However, there has been little analysis of actual cases of change initiatives, and how they develop in the long term. A new study takes a look at what happened at 3M—a company known for its permissive, innovative culture — when a CEO came in and imposed the analytical, data-driven Six Sigma method.

Flash back to the year 2000 and the Internet bubble. The American multinational company 3M had always been known for innovation and creativity, as popularized by the Post-it product, yet its board was beginning to feel that the company was too insular. The stock price was not growing as rapidly as it used to be, and business analysts were claiming that high-tech Silicon Valley based companies were more innovative than the well-established mid-west multinational.

The 3M board decided it was time to introduce new blood and hired Jim McNerney as the first CEO in 3M’s 100-year history to come from outside the company. McNerney had been vice president of General Electric under Jack Welch, and he quickly introduced into innovation-oriented 3M the Six Sigma practices that Welch popularized at GE.

As the authors of the paper “Coerced Practice Implementation in Cases of Low Cultural Fit” explain, “Six Sigma is a process management methodology originally developed to enhance efficiency in manufacturing: when applied to administrative processes, it enforces process standardization and efficiency improvement.” Compare this to the culture at 3M, which encouraged “entrepreneurial spirit, serendipitous discovery and tolerance for mistakes.” Could a marriage between two such disparate approaches possibly work out? Anna Canato, the first author of the study, notes that traditional organizational theory and change management theories tend to hypothesize that “if a company isn’t ready for change, you can’t implement it. It would just be rejected, or you’d have a ceremonial implementation.” However, the study found something different: initially there was a honeymoon period with the Six Sigma method because the company realized cost savings and increased profitability, and because 3M’s culture was favorable to new experiments. Also, the new CEO personally advocated the implementation of Six Sigma across the entire 3M organization worldwide. He forcefully emphasized its importance in helping the company to regain efficiency and profitability, and how crucial it was to him personally. It was “at the top of [his] agenda,” he said. The 3M share price nearly doubled between 2001 and 2004.

THE HONEYMOON IS OVER

However, after this early period, doubts returned about the disconnect between Six Sigma and what many employees saw as the identity of the company. “Six Sigma has this terrifying thing of not wanting errors,” one 3M divisional director said in the study. “But if you do innovation the way we do, pure risk is something you have to be able to admit and accept.” He hypothesized that the company’s star product, Post-its, would never have been produced if Six Sigma had been in place at the time. “And if Six Sigma would block a hypothetical new Post-it, then Six Sigma is not for us.” Many participants in the study felt that Six Sigma became “detrimental to growth and innovation.” Eventually, eve McNerney himself seemed to back away from the methodology, and began to talk more about the importance of developing new products. But Six Sigma had taken on a life of its own, with some managers enforcing it more strictly than the CEO himself, regardless of fears of some 3M employees that it was undermining the “soul” of the organization.

Then, in June 2005, McNerney unexpectedly left 3M to take a position at Boeing. His successor, George Buckley, began to relax the emphasis on the Six Sigma structure. What happened at this point is perhaps the most revealing part of the study. “Eventually, after five or six years after the adoption, the Six Sigma practice was integrated into the company, which is surprising, because it started as a methodology that clashed with the culture of the company,” explains Professor Canato. But it was perhaps a kinder, gentler Six Sigma that was accepted into the company, a version that was more in keeping with the company’s essence. The study observed that the relaxation of coerced adoption allowed employees to drop elements that were considered less useful and retain others. One element of Six Sigma that was initially disliked but ultimately retained was standardization tools. In the end, these tools offered employees worldwide a common vocabulary with which to communicate. This facilitated collaboration and innovation —values in keeping with traditional 3M culture.

It was not only how Six Sigma was used at the company that changed: Six Sigma changed the company’s culture as well. Even though past research suggests that implementation of a specific management practice would not have a substantial impact on an organization’s culture, this study found that 3M’s culture had indeed shifted after its experimentation with Six Sigma. Some employees acknowledged the value of having been forced to adopt the new methods: “Now that we have tried it, it is clear that we are something different,” one marketing manager said. For example, though certain Six Sigma tools might not be employed, the data-driven approach remained in some departments. “At first blush, it seemed impossible that Six Sigma would work at 3M,” Anna Canato says, “and yet in the end, people were saying, ‘You know what? This methodology has enriched my way of doing things.’”

In situations where it’s important from a business, market and/or financial perspective to make a radical change in a company’s culture, it may be more effective to test a new initiative rather than try to convince everyone of its benefits. “Observing the 3M case, we realized that, in certain cases, you don’t know the value of something, and whether it would be beneficial, until you try it,” say Anna Canato. “We always tend to believe that a certain organizional culture can’t be changed, but in practice we observed that they are more malleable and prone to evolution than what predicted by the current literature”.

She also points out,  that the study indicates that a change initiative works best when leaders take the time to analyze a company’s culture and identity to work out a plan to ease the shift in culture. Although the study looked at change initiated from the highest level (the CEO), the information from the study could be also applied to a business unit or other division within a company. For example, if a unit manager had to begin the implementation of a new software but the unit’s team members were resistant, it might make sense to spend some time to analyze where the biggest difficulties lie, and where are the opportunities to have a fit between the company values and the new application.

The study consisted of a qualitative, longitudinal case analysis that examined a European subsidiary of 3M and its American. The researchers conducted several interviews and noted their observations during extensive company visits in Europe and in the US in the period between 2005 and 2008.