Employers prefer to promote men… but not always 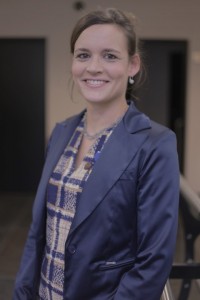 A recent study shows that when women try to take a first step up the corporate ladder, they have trouble pulling their feet up from “sticky floors”. Women job applicants are significantly less likely than men to be called in for an interview for jobs implying a functional promotion; however, women and men seem to be on equal footing when it comes to jobs offering an increase in authority.

Based on an interview with Ann-Sophie De Pauw from IÉSEG School of Management and the forthcoming research article in Industrial and Labor Relations Review  “Do Employer Preferences Contribute to Sticky Floors?” by Stijn Baert (Ghent University, Belgium), Ann-Sophie De Pauw and Nick Deschacht (KU Leuven, Belgium).

Research method
The researchers sent 576 male-female pairs of fictitious CVs to apply for real vacant positions in as many companies. In each male-female applicant pair, both applicants held junior positions in a similar field, had 5 years’ experience, and had the same level of skill and education. The only difference was their gender. The researchers measured call-back rates to uncover employer preferences for hiring men vs. women, comparing rates for jobs implying a first promotion and those implying a same-level position.

Ann-Sophie De Pauw and her co-researchers hypothesized that early in careers, employers often prefer to hire men. To find out if such preferences can explain sticky floors, they designed a study in the Belgian labour market and measured differences in call-back rates for men vs. women applying for the same job.

The correspondence experiment: novel and reliable
When De Pauw and her co-researchers decided to investigate gender discrimination, they were faced with a fundamental obstacle. “You cannot just ask employers whether they prefer to hire men over women,” De Pauw explains. “And traditional research methods like questionnaires and lab experiments present methodological limitations.” The promise of rich real-life data led the team to take on the challenge of developing a feasible field experiment.  Ultimately, they designed a correspondence test to find out whether employer preferences lead to unequal treatment of male and female job candidates.

The researchers created fictitious yet reality-based CVs that they sent to real employers seeking to fill job vacancies. The employers were unaware of their participation in the test. When a positive response from employers was received, the researchers promptly declined the interview request to limit further disruption for the employer.

De Pauw stresses, “Our method was truly original; it has almost never been used in this context. It offers the advantages of both field studies and controlled lab work. Importantly, it is one of the first studies to clearly pinpoint gender discrimination and measure real employer preferences in the current labor market.”

Overall equality, specific discrimination
In general, employers have no significant preference when it comes to hiring men or women. “We found no difference in treatment of men vs. women overall. One out of four job candidates received a call-back.”

However, when the researchers looked specifically at jobs implying a step up from the current level, they found a very different story.

“In this circumstance, we found that men are 23% more likely than women to get a positive reaction (expression of interest in their profile, request for more information) from a potential employer, and they are 50% more likely to be called back specifically for an interview.” Although the study did not focus on the reasons for this, De Pauw reports that international research on the subject suggests that women may be penalized early in their careers due to stereotypes and issues associated with work-life balance. Moreover, traditional expectations of higher productivity from men and preferences for masculine characteristics including dominance, autonomy, and assertiveness would partly explain preferences.

Still, the issue is more nuanced than it first appears. De Pauw explains that there are two types of promotion, one implying more complex job content, and the other involving increased authority.
“People often think that greater job complexity goes hand in hand with greater authority, but there is a relatively low correlation between the two factors.”

Indeed, the correspondence study shows preferences for male candidates only when the vacant job involves an increase in complexity, not greater authority. “This is an intriguing finding that gave our research team food for thought,” says De Pauw. “It was interesting to isolate two different dimensions in promotion, and we need to follow up to further disentangle the issue.”

She speculates that for more complex jobs, women may be subject to traditional factors of discrimination and assumptions of lesser productivity. This is not so when jobs imply more authority. “Women are considered to be good team leaders. They are not subject to any specific expectations in relation to men.”

How to remove the glue
Understanding that sticky floors are specifically related to employer preferences in promotional situations is a first step toward designing policies to deal with the phenomenon. Legal frameworks for preventing gender discrimination already exist, but they focus on punishing discrimination once it has been detected.

“We should actively search for employer preferences,” says De Pauw. “’Mystery calls’ have been used by researchers to show hiring preferences towards non-union supporters, and the same method might help detect gender preferences.” Additional methods would be for example voluntary assessment of gender preferences, anonymous job applications, and quotas. But, according to De Pauw, what’s most important is to break through traditional role patterns. “This is not just a woman’s issue. We need government and corporate policies that support both men and women. Child care, home services, and work/life balance should be recognized as significant for everyone. Both women and men would benefit from more flexible career paths.”

In a joint television interview about the study that De Pauw gave with Saskia Van Uffelen, CEO of Ericsson Belgium, focus is given to the generational component of gender discrimination (please see below).

Since completing the study, De Pauw and her co-researchers have focused on a second hypothesis about sticky floors. Indeed, in addition to employer preferences, they might stem from women’s reluctance to start climbing the corporate ladder. The team is exploring the issue in a study where men and women are presented with various job scenarios and asked whether or not they would accept a promotion in different circumstances. According to De Pauw, preliminary data suggest that women hold themselves back because of risk aversion and anticipation of discrimination.

Applications in the workplace
Gender discrimination is a multi-dimensional issue and a multi-party responsibility. Here are several of the key steps that businesses can take to prevent it:
– Heterogeneous teams
– Coaching for women and men – not just women
– Greater flexibility for all workers
– New ways of working that take into account and address the work/life balance of both men and women.

Ann-Sophie De Pauw and Saskia Van Uffelen, CEO of Ericsson Belgium, discuss the findings of the study during an interview on Belgian television station VRT (during the programme ‘De Vrije Markt’) in December 2014.  A video of the programme can be seen here:
(www.youtube.com/watch?v=WZ2XHyCAxVY  English subtitles)
(www.youtube.com/watch?v=ECyYPuiMMVk French subtitles)