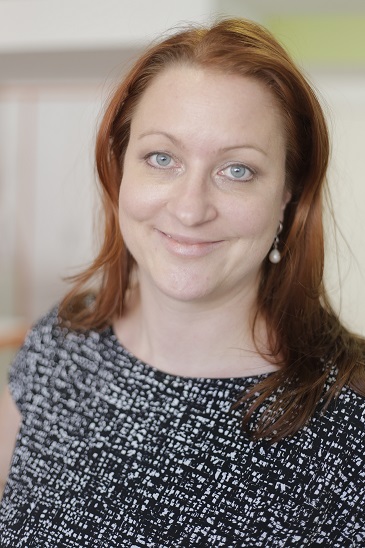 Based on an interview with Katharina P. Zeugner-Roth on her paper “Disentangling country-of-origin effects: the interplay of product ethnicity, national identity, and consumer ethnocentrism,” coauthored with Peter M. Fischer (Marketing Letters, 2017).

New research by Katharina P. Zeugner-Roth looks at how product country-of-origin and consumer feelings of national identity are intertwined.  She finds that the stronger our sense of national identity, the more likely we are to buy domestic. In some cases, it can even become irrational, where we buy lower quality products just because they are from our home country.

Katharina P. Zeugner-Roth is Associate Professor of Marketing at IÉSEG School of Management. She received her PhD in Management from the University of Vienna. She then went on to be a visiting professor at George Washington University in the USA and professor at Vlerick Leuven Gent Management School in Leuven, Belgium. Her research focuses on country-of-origin effects, ethical consumer behavior, global branding, and international marketing.

Zeugner-Roth and Fischer carried out two controlled experiments. In Belgium, 95 Belgian nationals answered questions about purchasing cheese from their home country, France, and Spain. In the USA, 82 consumers participated in a study in which they entered a lottery with a prize of a car rental with the cars being from the USA, Japan, and South Korea. In both experiments, participants also rated their national identity and consumer ethnocentrism on a 7-point scale. Following analyses, the duo found that the perceived superiority versus inferiority of the foreign product relative to the domestic option (i.e., its product ethnicity) moderates the impact of national identity but not of consumer ethnocentrism.

Consumers make choices that are influenced by product country of origin. This much is clear. But what exactly lies behind our final product selection? Some countries have a strong reputation for producing certain goods, which can affect our purchase decisions. As consumers, however, we also have positive feelings towards our home nations that might sway us to buy domestic. Katharina Zeugner-Roth wanted to understand the interaction between the processes that influence our purchasing decisions in order to help foreign companies find the best way to successfully enter markets.

“Choice can be affected if a place is strongly associated with a product – like Switzerland is with watches and France is with wine. These goods are said to have a strong product ethnicity,” Zeugner-Roth explains. “However, this reputation can harm them in a foreign context. Some consumers are ethnocentric and feel morally obliged to buy domestic even if the product is of poorer quality. Other consumers purchase domestic simply because they want to support their country. In fact, psychologists have found that most humans are positively attached to where they come from. The strength of this feeling towards their nation can influence the rationality of consumer choices.”

To understand more precisely the interactions between product ethnicity, consumer ethnocentrism and sense of national identity, Zeugner-Roth and Fischer carried out two controlled experiments. In the first, they asked Belgian nationals about which cheese they would buy: Belgian, French, or Spanish. The French was considered by consumers as higher quality than the Belgian, and the Spanish lower. In the second, they asked US citizens about their preferences for car hires: American, Japanese or South Korean. Here, Japanese cars were considered as superior to American, while the South Korean cars were perceived as inferior. In both experiments, individuals’ choices were compared with their sense of national identity and consumer ethnocentrism. The team found that ethnocentric individuals don’t care about where a foreign product is from or its reputation. They will buy domestic every time, even if product quality is lower. Zeugner-Roth notes, “A products’ ethnicity has no influence over the ethnocentric consumer, which leads them to make these irrational choices.”

“Ethnocentrism has parallels in current politics. In US president Donald Trump’s ‘America First’ campaign, which is reflected in other countries worldwide, people are encouraged to buy domestic products,” Zeugner-Roth concludes. “Foreign products, no matter how high their quality, are portrayed as a threat to the national economy.”

Foreign companies from markets with a good product reputation need to be wary of emphasizing this when they enter new markets,” stresses Zeugner-Roth. “National identity is typically very strong in most countries, so suggesting that foreign products are better could reduce purchases from important segments of such countries. At the same time, our study also implies that French car manufacturers, for example, will experience much less resistance from this segment when entering foreign markets than German car manufacturers. Paradoxically, they have a competitive advantage due to their lower product ethnicity.” In addition, Zeugner-Roth is currently investigating the effects that specific targeted advertising could have on convincing those with a strong sense of national identity to buy foreign products. “What is important is that the message of the advertisement does not threaten an individuals’ attachment to the home country,” she adds.

Corporate Relations
The next edition of IÉSEG Career Day Forum will take place on 5 and 6 November in an innovative format. Due to the exceptional circumstances related to the ongoing pandemic, […]

Corporate Relations
Recently, IÉSEG and IFACI have recently signed a partnership, which aims at stimulating exchange and bringing together students, professors/researchers and professionals from the fields of internal audit and control. IFACI […]

MSc in Investment Banking & Capital Markets: A look back at an innovative online hackathon with Refinitiv

Corporate Relations
In the context of the recent lockdown linked to the Coronavirus pandemic, IÉSEG recently organized an innovative online learning project for students from its MSc in Investment Banking & Capital […]
See our News