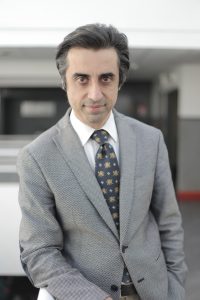 Based on an interview with João Vieira da Cunha on his paper “Middle Managers and Corruptive Routine Translation: The Social Production of Deceptive Performance,” coauthored with Niki A. den Nieuwenboer, and Linda Klebe Treviño (Organization Science, October 2017).

New research by João Vieira da Cunha explores how employees and middle managers face pressures from the top. In a sales environment, as in the one studied by Professor Cunha et al., such pressures can translate into middle managers coercing employees to misreport figures so as to meet targets. In such situations, company strategy then becomes based on misleading figures, calculated to impress rather than inform.

João Vieira da Cunha is Professor of Management Information Systems and Director of Research at IÉSEG School of Management. He received his PhD from Massachusetts Institute of Technology (MIT) in the USA and then went on to become a professor at the Nova School of Business and Economics and then Head of the Institute for Research and Doctoral Studies at the Universidade Europeia in Lisbon, Portugal. His research focuses on the leadership and digital transformation of organizations and the implementation and impact of information systems.

Cunha and coauthors carried out an ethnographic study of a telecommunications desk sales unit over a 15-month period. To understand how performance data was produced by salespeople, they conducted interviews with 121 people, took daily notes during observations, conversations and meetings, and collected over 3000 pages of documents. They discovered that the data recorded can skew figures, as employees can be pressured by middle managers to misreport sales and meet targets.

For salespeople, it’s all about hitting targets, selling more than the competition and your coworkers. This is often incentivized, with employees and managers receiving monetary rewards for achieving goals. But, are the figures they report as sales always true? And, are these salespeople really driven by these rewards? João Vieira da Cunha argues that the answer to both of these questions is, “No.”

“Employees can complain about ‘feeding the monster’,” Cunha explains. “Customer relations management software requires data and their managers want to present an image of success, reporting high team sales figures. So, managers can be pressured to misrepresent the sales they make.” He notes, “The sales reported are not fake sales. Instead, they are orders made on the customers own volition but are reported as sales made by a salesperson. They portray salespeople as performing better than they actually are.”

During his 15-month ethnographic study at a telecommunications desk sales team, Cunha gathered information from employees, middle managers and senior management to find out how the company’s performance data was produced and what it was used for. He found that the company’s desk sales figures were so good that they decided to reduce the field sales force, and hired more desk salespeople. In reality, those desk salespeople were not actually making many sales at all. They were merely putting their name to customers’ orders.

“Interestingly, employees did not seem to make such false reports for extra money,” Cunha reports. “They complained about having to produce the fake numbers as it took time and was unethical.” He goes on to explain further, “Middle managers complained about the pressure they were under to meet demanding targets.” Cunha observes that, once a target is met, the over-reporting of sales would normally stop. However, this means that senior managers then increase targets for the next quarter, increasing the pressure. “Collectively, senior managers, middle managers and employees can create deceitful data. No single person or group wanted to do this but together they felt they had no alternative,” he notes.

Doing administration to report sales that are made competes with the amount of time a salesperson can spend doing their job – selling. Such reporting is meant to inform company strategy development, but do top managers know that the data is likely to be reported to impress them? Cunha notes that the same data is used to make decisions about strategy as is used to evaluate employees and believes that the two need to be separated, “Leadership and developing people should not be about matching performance on numbers – Does an athlete’s coach impose crazy goals to make them achieve more? No, they encourage and support.”

Cunha concludes, “When we evaluate people with the same numbers that are used in strategy development, they get worried about what the numbers say about them and feel pressured to reach targets. To cure the disease, we must separate leadership evaluation and the development of people from collecting data for strategy and decision making.” He also goes on to add, “If we must use the numbers to evaluate people, we should use them for training and development. So, to relieve symptoms, a middle manager can use the numbers to show how good they are at helping people perform and understanding how to help them learn and develop further.”

“In some circumstances employees may be dishonest, or the internal structure creates too much pressure and leads to unethical behaviors,” explains Cunha. “However, hiring excellent leaders as middle managers is the solution that companies can turn to if they have made the mistake of hiring dishonest people, or have issues with the design of incentives or other elements of company structure. These leaders can push against demanding goals and be committed to their employees.”