A look back at the World InterUniversities Championships 2022

The World InterUniversities Championships (WIUC) has been held every year in Europe for the past 7 years and brings together some 60 schools and universities from all over the world. This year, from November 9th to 13th, the IÉSEG Lille and Paris teams (410 athletes in total) participated in almost all the disciplines: 11-a-side soccer, 7-a-side rugby, handball, volleyball, basketball, futsal, badminton, tennis or swimming. For this 7th edition, the participants had the pleasure to compete in the sports complex of the 1992 Olympic Games in Barcelona.

Cassiopée DELAY, 3rd year student of the Grande École program in Lille and president of the Lille Sports Bureau (BDS), tells us about her experience as head of delegation for this major event. 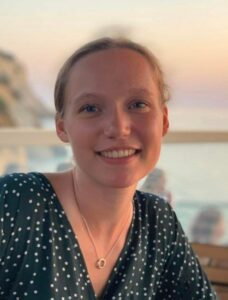 How do you organize an event of this magnitude?

The two IÉSEG campuses participated in the competition as two different delegations. The BDS of Paris was in charge of the Parisian teams, and I was in charge of the Lille teams. There were 5 of us to prepare the organization and a communication manager for the event. As early as June, we started to organize the trip by working on the accommodation and transportation issues, and got in touch with the WIUC organizer. As this is our main event of the year, we decided to send the whole BDS (36 people) to Barcelona and not only the sports managers. We also sent about 40 supporters to support the players. In September, everything picked up speed and, among other things, we were responsible for setting up the ticketing system, for which I worked hand in hand with my treasurer to define the cost of the tickets. The challenge was to keep the ticket price affordable for students while remaining profitable. Inflation did not help us because we noticed that everything had increased compared to the previous year (accreditations, housing, transportation, etc…). We finally managed to find a good balance. On the other hand, there was so much enthusiasm from the supporters that the tickets dedicated to them (40 in total) were all sold immediately (in 8 seconds, to be precise!)

And what about once you got there?

The trip was by bus with 2 managers and a member of the head office per bus. As for the organizing team, we were 3 to leave the day before in order to have time to prepare everything before the players and supporters arrived. Thus, we took care of collecting the metro tickets for the 410 participants, we prepared the bags of each one with metro tickets, meal cards, etc… It was a race against the clock but we managed to prepare everything in time. The other challenge we had to face was that the hotel was located in a very busy avenue where buses were not allowed to park for more than 10 minutes. Finally, since the buses were organized by team, we were able to get the teams off one by one and direct them to their rooms efficiently. Overall, everything went well on site. During the games, there was really a collegial atmosphere and we could see that the 2 IÉSEG campuses were very united. It was great to see! 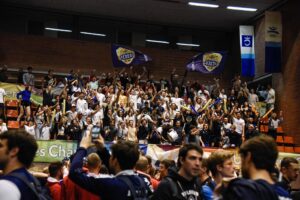 We also took part in the WIUC General Assembly gathering all the heads of delegations of the 64 participating universities/schools. What surprised us was that we were the only young adults in the Assembly. In fact, we were the only School represented by students. We even got a reaction from the head of a Kazakh university who couldn’t believe that I was the head of one of the largest delegations present at my age.

What do you retain from this experience?

We are very proud of our athletes who were incredible; they did the best results that IÉSEG has ever done since it participated in the WIUC. In the end, we are 5th out of 64 universities in the ranking. We had very good feedback on the organization of the trip, especially from former BDS members. I also remember the lack of sleep but the adrenaline that kept us awake during these 4 intense days and the laughter that came with it all. Within our group of organizers, there was a very good atmosphere and a good dynamic, which made our job much easier.

For my part, the organization of this sports trip was a learning experience because I found myself in situations in which I am not usually comfortable, such as having to negotiate a budget with the school’s financial director. It made me step out of my comfort zone to achieve my goals. 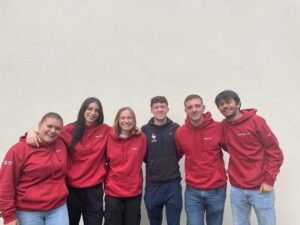 What did organizing this event mean to you?

Personally, I loved participating in WIUC in Rome in 2021 as an athlete, but being part of the organization is really something great. I don’t think I realize yet how much it will bring me in my professional life as a manager. In the meantime, I have already been able to use my experience as president of the BDS to obtain a 2nd year internship, this really made the difference during the interview because the company realized all that I had put in place. The theoretical courses at IÉSEG teach us a lot of notions, and the associative system completes this because it allows us to apply what we learn. It is an almost essential complement that I highly recommend to the students of the School.

Yanis BOISSARD, IÉSEG student and promoter of Tunisian culture with his start-up “BYOtrade”

Entrepreneurship
Yanis BOISSARD, a 3rd-year student in the Grande École program at IÉSEG, launched his company in 2022 with his mother, in order to introduce the “green treasures” of Tunisian culture […]

International
Launched in 2021 as part of its Master in Apprenticeship “Financial Institutions: Risk, Compliance and Data Analytics” of the Grande Ecole Program program, IÉSEG launches the third edition of this […]

Corporate Social Responsibility (CSR)
The Fox Impact Challenge was born out of IÉSEG CONSEIL Paris’ desire to involve all IÉSEG students in CSR-related projects. It is a project that fits perfectly with the vision […]
See our News