How to “sell” CSR in large companies 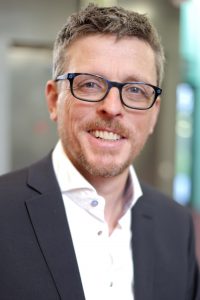 Based on an interview with Frank de Bakker and on his paper “Pitching for Social Change: Toward a Relational Approach to Selling and Buying Social Issues” (Academy of Management Discoveries, 2018), co-written with Christopher Wickert (Vrije Universiteit Amsterdam).

Corporate social responsibility is high on any large company’s agenda, but it needs to be accepted at every level of the organization to translate into real action. How do CSR managers convincingly argue for change? An in-depth study reveals a whole range of strategies for getting people onboard – and getting the company to walk the talk.

Companies have come a long way since 1970, when leading economist Milton Friedman argued in The New York Times Magazine that “the social responsibility of business is to increase its profits,” setting the tone for boardroom ethics for several decades.

“There has been a growing awareness that firms have an impact on their physical and social environment and should act accordingly,” says IÉSEG professor Frank de Bakker.

Corporate social responsibility (CSR) has now become standard practice. All large companies, even Big Tobacco and Big Oil, have embraced CSR in some form. But for social and environmental policies to actually be implemented throughout a company, and not remain mere lip-service, they need to be adopted internally at every level of the organization. Achieving this is sometimes an uphill struggle for CSR managers.

One major difficulty is that these CSR managers tend to be in a relatively weak hierarchical position: middle management. “In large companies, CSR managers are typically neither in top management nor on the shop floor; they need to convince their peers who have different backgrounds, objectives, and responsibilities,” explains Professor de Bakker.

Peers often show skepticism, lack of interest, or even downright denial about the effects of corporate practices. So how do CSR managers go about “selling” their message?

Initially, Frank de Bakker and his colleague Christopher Wickert were puzzled, guessing that the role of CSR managers was to overcome resistance. They soon realized that was not the whole story. After an in-depth study involving dozens of individual interviews carried out with CSR managers in German multinational companies, they saw patterns emerge.

In a true “marketplace of ideas”, struggles arise between those who aim to “sell,” or promote, issues and those who are expected to “buy,” or pay attention to them and act upon them. The researchers uncovered different strategies used by CSR managers to win over their counterparts and obtain concrete results without appearing too pushy. Indeed, Professor de Bakker was struck by the cautiousness his interviewees felt they had to apply: “They walk a very thin line.”

Opting for a patient, pragmatic approach

To better understand how and why issue sellers interact with issue buyers, the researchers first examined seller motivation and self-perception.

People who take on the job of CSR manager tend to be dissatisfied with the status quo. One told the researchers: “We have a few things, like separating waste, or paying equal wages to men and women. I think that people often don’t see that there is potential to do so much more. Often, no one cares.”

Frustration with corporate routines is not seen as a reason to resign or give up, but rather as an incentive to keep working as an agent of change. Another interviewee saw the CSR department as the organization’s “social conscience”, describing it as “an internal NGO”. And yet, they all insisted on a patient and pragmatic stance that is more moderate than ideology-driven in terms of expectations of change. Their step-by-step approach is all the more important because of the social nature of the issue, as opposed to technical or economic questions in which the value of change may seem more obvious.

CSR managers tend not to wield much formal power, so they try to gradually accumulate influence and make allies. They strive for continuous small and incremental wins, rather than occasional large ones.

Another engagement strategy that the study reveals is the establishment of proximity to social issues. On a functional level, it can mean discussing the social impacts of the choice of a supplier with a procurement officer, and on an emotional level, it is about creating a personal connection with the issue. “It’s about making people feel they can contribute to the long-term sustainability of the company” one respondent argued; such strategies are important to develop a sense of urgency and to underline the relevance of the issue, comments Frank de Bakker.

Last but not least, CSR managers learn to identify the worldviews of their “buyers” and adapt their language, arguments, and even clothing accordingly! (One interviewee joked about wearing a suit rather than “run[ning] around like Jesus in hippie boots”).

Jokes about looking like tree-huggers aside, “CSR managers need to blend in so as to be taken seriously and acknowledged as equal partners in the conversation,” says Frank de Bakker.

The most important insight from this research is that the task of selling social issues within an organization is very much a relational endeavor.

“It’s about building strong relationships with the ‘buyers’, the persons you need to work with,” says Frank de Bakker, suggesting CSR managers really need to be what is known as “people persons”, both “flexible and adaptable”.

The authors chose Germany as their research site because of its high level of social pressure in terms of CSR. They initially conducted 54 open-ended interviews with CSR managers in German multinational companies between 2012 and 2013, followed up with an additional 45 interviews. From the qualitative data thus collected, the researchers developed theoretical categories and identified themes so as to allow patterns to emerge, in a procedure known as inductive research.

Frank de Bakker is Professor of Corporate Social Responsibility at IÉSEG School of Management in Lille. Before joining IÉSEG in 2016, he taught at the Organization Sciences Department of Amsterdam’s VU University for more than a decade. He holds a PhD in Management from the University of Twente in The Netherlands.

Find an animated representation of this research here: https://www.youtube.com/watch?v=Cf225i2oDbM