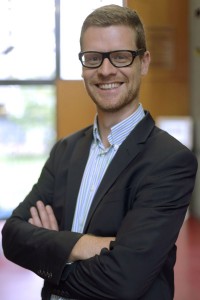 Based on an interview with Kristof Coussement and his paper “Identification of Market Mavens on Social Media,” coauthored with Paul Harrigan, Tim Daly, Julie Lee, and Geoff Soutar. Social media networks such as Twitter are rife with opportunities for creating more effective online marketing campaigns. But there are huge problems with trying to gather and analyze the valuable data created on these networks.

Marketing analytics professor Kristof Coussement explains how his research sheds light on one of the most pressing problems confronting online marketers: identifying influential consumers, or market mavens, on social networks.

Kristof Coussement (PhD, HDR) joined IÉSEG School of Management as professor of marketing analytics in 2009. At IÉSEG School of Management, Kristof Coussement heads the IÉSEG Excellence Center for Database Marketing, and he is academic director for the MSc. in Big Data Analytics for Business. More information on his profile is found on his website http://www.KristofCoussement.com.

“Market mavens are individuals who act as hubs, gatherers and disseminators of general market information, and who have a perceived high level of credibility and expertise. Mavens are knowledgeable about many products, and their marketing mix.”

The researchers used a two-phased methodology. First, they surveyed 423 active Twitter users, adapting the questions for the survey from the original market maven scale developed in 1987 by Feick and Price to the social network context. In addition to the survey, the researchers analyzed empirical data from the survey participants’ Twitter accounts, studying a total of 520,700 Tweets. They studied the tweets on four empirical measures linked to the user network, user behavior, message readability, and message structure, and linked them to market mavenism, as identified by the survey.

The researchers indeed found links between the empirical measures and market mavenism; in this way, they were able to create a framework for identifying market mavens automatically, using only the empirical dimensions as input.

Kristof Coussement and his coauthors have published a study that provides a framework for identifying market mavens (see definition) active on Twitter using only empirical measures. “Previously, market mavens could only be identified through self-reporting,” explains Coussement. “With our new decision support framework, you don’t have to survey people any longer. You can use empirical measures derived from the social media environment to identify them automatically.” Coussement et al. believe their research is an important step forward.

As they have written in their paper, “Marketers will still need to make decisions about what mavens can do for their campaigns, and how they will engage with them, but having built a first step in identifying mavens we believe the way forward is bright with possibilities.”

Thanks to the proliferation of social media tools, consumers have gone from simple message receivers to message generators and propagators, and those who exert the most influence over consumer-generated word-of-mouth — i.e., market mavens — are more important than ever to marketers. Coussement notes, however, that the rich new opportunities for targeting market mavens on social media networks has its challenges. The first challenge that needs to be addressed, he says, is the problem of how to identify them. This is the central problem that Coussement et al. address in their research.

Of all the social networks out there, Coussement et al. chose to study Twitter. “From a company’s perspective, Twitter was challenging to us,” explains Coussement. “There are huge problems with handling the abundance of the data on social media networks, and Twitter is one of the social media platforms where the most data is created. For any large corporation, such as Apple or Coca-Cola, tweets that mention their brands appear constantly.” Indeed, around 500 million tweets are sent per day, and about 20% contain brand mentions.

In short, Coussement et al. chose to study Twitter due to its high volume, high number of users, the fact that the data is in real-time and high-velocity, and requires textual processing — characteristics that make this space particularly challenging and, at the same time, potentially highly rewarding for companies.

After reviewing the market maven literature, Coussement et al. came up with four dimensions relating to the characteristics and behaviors of market mavens on social media networks. Within those four dimensions, they developed specific hypotheses and observable Twitter variables.

Most of the findings confirmed the researchers’ original hypotheses: market mavens tend to have more followers, send more tweets, and engage in more interactions. They also tend to use more uppercase letters, more hashtags, and write shorter messages with fewer distinct words. But there were three surprises:

“Results indeed demonstrate that market mavens can be identified based on their user network, behavior, and message characteristics,” says Coussement. “Revealing these links makes it possible for marketers to easily identify market mavens just by looking at the free, publicly available Twitter data.”

According to Coussement, companies can now use publicly available social media data to identify market mavens, rather than having to survey tons of consumers.

“By using a similar framework to the one that we created in our research, marketers could very quickly identify who has influence and then proceed to target them in their marketing communications campaigns,” he says. “This has the potential to increase the effectiveness and efficiency of their marketing efforts and, ultimately, increase return on investment.”