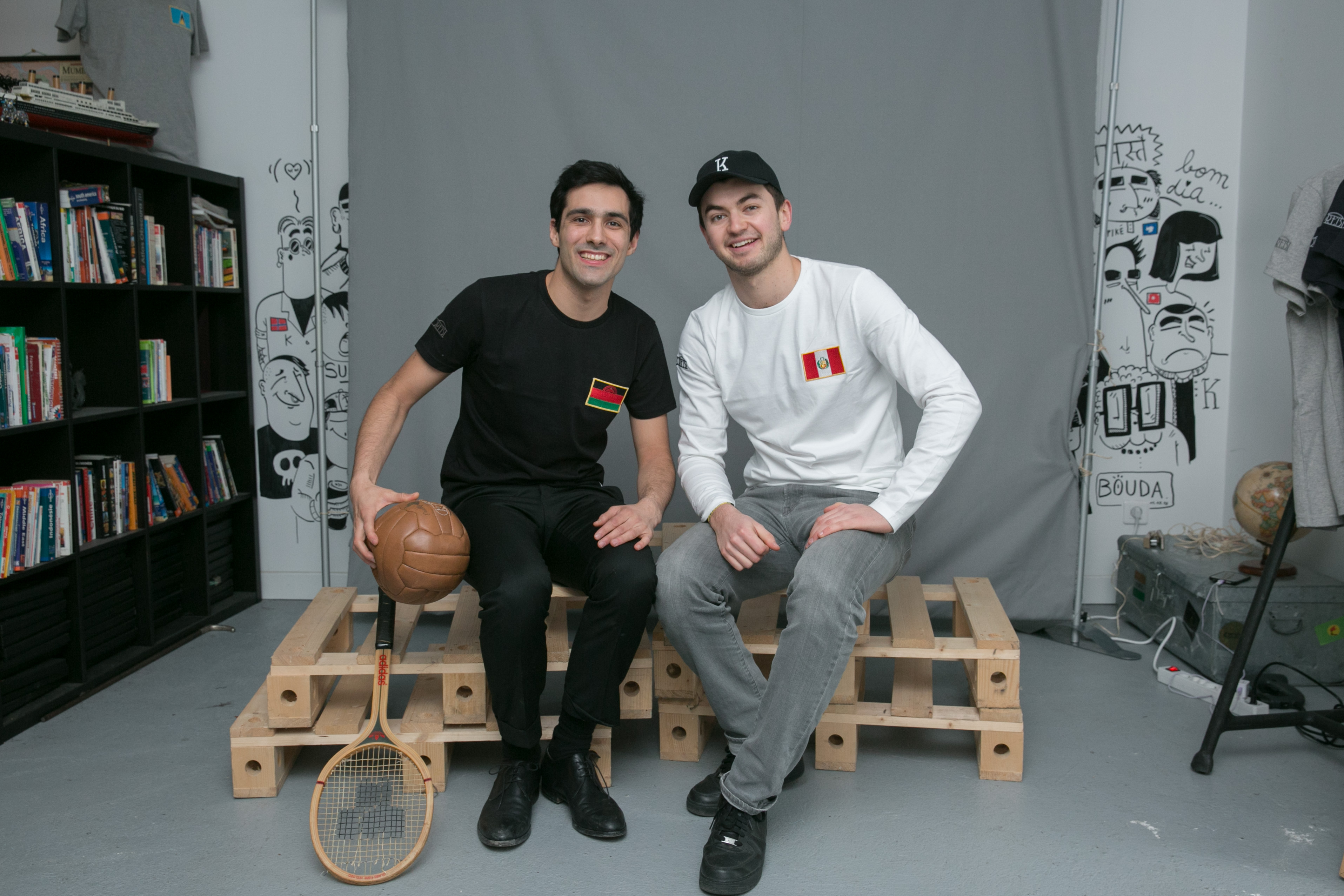 For Julien Moussalli and Valentin Denieul, two IÉSEG students, their entrepreneurial story began when they decided to go on an academic exchange in India, a country known for its role in the worldwide textile industry.

The idea to start “Komorebi,” their brand of t-shirts, was born in August 2015, after they visited a cotton field in Tirupur, Southeast India, and a cooperative of natural cotton producers. Both students decided to stay a while to study this cooperative’s business costs and their way of doing things.

“We met Mr. Raja, who manages a small textile manufacturer cooperative, on a train ride,” Valentin explained. “The artisans were working and living there in harmony, and all of them were living in the shantytown of Dharavi (in the heart of Mumbai). Their values were like ours, and we decided to launch our project with them. We spent three months in a factory, working next to artisans to create Komorebi t-shirts.”The distinctive trademark of these t-shirts (made of natural cotton, without fertilizers or pesticides) is the flags embroidered next to the heart. “It’s not only about wearing the flag from your own country, but also that of your neighbor. It’s also about discovering the beauty and wealth of cultures and nations that we may not already know about,” the two students explain.

Similarly, they also wanted their project to have a humanitarian aspect, by providing access to education. They thus developed a partnership with a school situated in the heart of Dharavi.

For every t-shirt sold, Komorebi finances a complete scholastic kit for the children who attend this school. Komorebi then conducts follow-up work and renews the material when needed in order to accompany the students in the long term. In addition to the kits, Komorebi renovated the school’s common areas in January 2017, and would like to be able to do this again.

Since the launch of its t-shirts, the brand Komorebi has expanded with the launch of a line of caps and accessories available at: https://komorebiworld.com/. They hope to develop other products in the future, particularly leather travel goods.