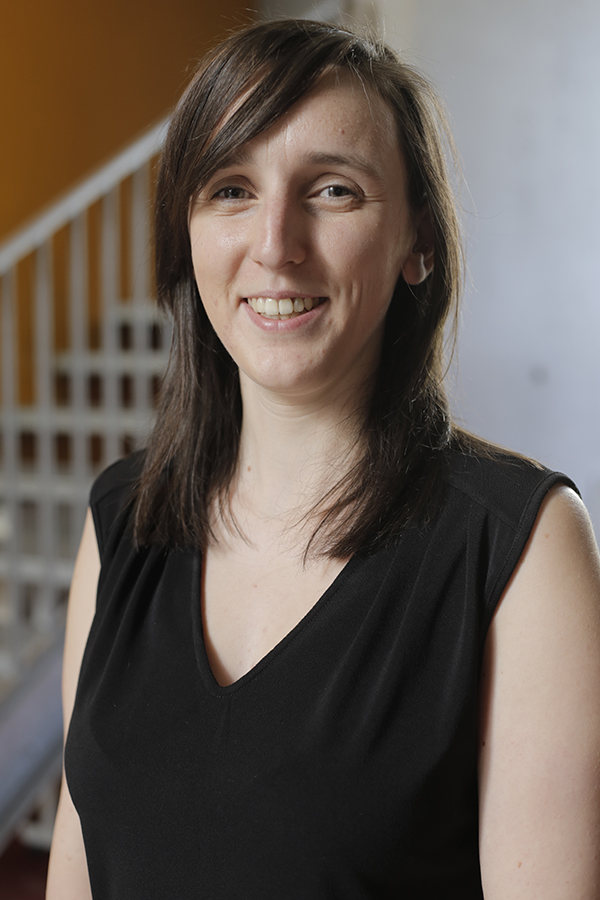 Based on an interview with Elise Marescaux and her article “Idiosyncratic Deals from a Distributive Justice Perspective: Examining Co-Workers’ Voice Behavior,” coauthored with Sophie De Winne and Luc Sels (Journal of Business Ethics, January 2017)*.

Employees increasingly seek to negotiate arrangements with their employers that take into account their individual needs — for more flexible work hours, a reduced workload, more pay, special training, and so on. In response, how can companies balance flexibility and fairness?

Since September 2015, Elise Marescaux has been an assistant professor in human resources management at IÉSEG School of Management. She received a PhD in business economics from the University of Leuven, Belgium, in 2013. Her research focus is the differential treatment of employees in organizations.

An online wage survey was published in two widely distributed Belgian employment magazines. 1,988 respondents were asked to imagine different scenarios wherein a colleague is granted more flexible work hours, a reduced workload, or a financial bonus. All respondents were randomly assigned to one of the various scenarios. Meanwhile, some were told that the colleague’s work has a large impact on the work of the team as a whole, while others were told that the colleague’s work has no impact. Finally, all respondents were asked if they would complain or request compensation after learning of their colleague’s special arrangement.

Employees increasingly try to negotiate personalized work arrangements with their employers. This might mean a bonus, an opportunity to receive special training or more flexible work hours. Scholars refer to these nonstandard arrangements as idiosyncratic deals, or “i-deals.” Optimally, such deals are beneficial to both employee and employer, with the employee who receives the benefit becoming more motivated and committed to the job in response.

However, little research has been conducted on the actual effects of these arrangements, hence this study by Marescaux and her coauthors. “More and more people want to be treated as different, as individuals with their own special needs, desires and expectations,” said Marescaux. “But this can create jealousy, envy and conflict in the workplace.”

What happens when employees receive unequal treatment
Marescaux and her coauthors examined coworker perceptions of different i-deals. They also explored coworker “voice behaviors,” i.e., whether coworkers would complain (to their manager, other employees or upper management) or ask for some type of compensation for themselves in response to learning of the i-deals of others.

Given that special deals inherently treat employees unequally, their study results are hardly surprising. The researchers found that, particularly when the work of employees is highly interdependent, employees are likely to find special arrangements unfair — and to complain about them. On the other hand, however, when they work more independently from each other, they find it easier to understand why, say, a high-performing salesperson deserves more money.

Financial rewards create most resentment
Marescaux’s study found that, in general, i-deals involving financial compensation were viewed to be the most unfair, followed by flexible hours, and then reduced workloads. The authors explain this by noting that a company was likely to grant nonfinancial benefits due to an employee’s very individual need (a single mother who has to pick up her kids at a certain hour, a man who has to take care of his sick wife, and so on). Coworkers are more likely to understand such needs, whereas justifying financial rewards is more difficult.

The researchers were surprised to find that a reduced workload was considered the most fair — more so than flexible hours — despite the fact that this would presumably give the rest of the team more work. The researchers suggest that a possible explanation for this is that reduced workloads are often granted to address health, stress or work-life balance issues, whereas flexible hours are often granted in response to simple planning issues.

Creating a fair — and transparent — work environment
“What’s behind the results is that it’s very important why a person gets an i-deal,” Marescaux says. “If employees understand why it’s necessary to give someone a specific deal, then they will be much more understanding.”

In addition, she warned against trying to keep special arrangements under wraps. In any case, i-deal benefits such as a flexible schedule or special training would soon become obvious to fellow employees. “Secrets don’t stay secret,” Marescaux says. As evidence, she cites the case of one Belgian manager who privately — and falsely — told various team members that they were earning more than their coworkers. “It blew up in his face. Everyone found out … and it led to huge distrust toward the manager.”

Marescaux advises that when managers offer an employee a special benefit, they should consider not only the effect on that employee but also on that individual’s coworkers, especially when team members are highly dependent on one another in their daily work. “When working in a team environment, giving people special deals is going to be a struggle,” she says.

Her suggestion for managers is to cede decision-making powers about special arrangements — such as flexible hours or a reduced workload — to the group. “If the team gets to decide, then the team will consider it more fair because they made the decision.” In doing so, however, she concedes: “you lose your power as a manager, which is a tricky thing.” Barring allowing the group to make the decision, Marescaux says that managers should:
• Communicate to the team
• Justify special arrangements as objectively as possible
• Find solutions to practical problems that the deal might create (such as coordination issues)