The routines developed by members of a team working in close contact with each other have an ambiguous effect on performance. Routines can boost efficiency by, for example, saving valuable time, but they may also hold performance back by restricting the capacity for innovation. Caroline Sargis-Roussel and her fellow researchers explain how routines emerge and influence performance by considering variables such as the nature of the relationships between individuals, the level of trust, and shared narratives and language. The authors illustrate their theoretical propositions with the example of the French men’s handball team, which has enjoyed unparalleled success and honors over the last 20 years. 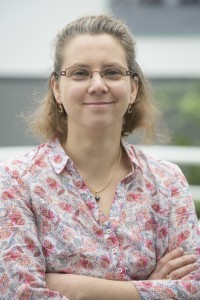 Biography
Caroline Sargis-Roussel is director of academic development and quality at IÉSEG School of Management, where she lectures in management control. A graduate of the ICN Business School, Sargis-Roussel has a PhD in management sciences and a DESCF higher degree in accountancy; she is also accredited to supervise research. Sargis-Roussel’s own research centers on knowledge management and integration and strategy-as-practice approaches and performance management tools.

Methodology
Belmondo, Deltour and Sargis-Roussel define an integrative model that reflects the links between a team’s social capital, the emergence of work routines and team performance. Social capital is analyzed from three different dimensions: the intensity of relations within a team and the role of the leader (the structural dimension); the shared language and narratives (the cognitive dimension); and the degree of trust, identification and reciprocity (the relational dimension). The researchers illustrate their theoretical propositions with the case of the French men’s handball team, examining its internal functioning and organization between 1995 and 2015.

In the two decades between 1995 and 2015, the French national handball team was twice crowned European champion, twice crowned Olympic champion and five times world champion. This level of repeated performance is highly unusual in the context of team sports, leading some commentators to view the team’s management methods as a “sustainable performance” model that could inspire the world of business. Belmondo, Deltour and Sargis-Roussel set out to understand the model by studying the emergence of work routines.

Is routine good or bad for performance?
“A work routine is not just a procedure,” observes Sargis-Roussel, “nor is it necessarily something that is designed deliberately”. Routine includes not just formalization (of what people do), which is not always part of the process, but also informal dimensions via the meaning we give to our actions and those of others or by internalizing the way in which actions should be carried out.

A routine never emerges in the same way from one team to another, because it depends on the three dimensions that Sargis-Roussel and her co-authors combine under the term social capital:
• Intensity of relationships within a team and the role of the leader (the structural dimension of the social capital)
• Shared narratives and language (the cognitive dimension)
• Degree of trust, identification and reciprocity (the relational dimension)

Sargis-Roussel argues that: “Using these three dimensions, we can understand the development of routines and the ambiguous role they may have on performance. It is then possible to define the point at which the routines increase or diminish.” While it is true that routines may help to save time and improve efficiency, they may also create inertia when they assume too much importance. For example, a team may continue to use a routine that is no longer suitable, and will then be less able to tackle the unexpected or seek out innovative solutions.

Achieving the right mix of informal parameters to optimize performance
It is valuable, therefore, to find the levers that will generate enough social capital and the appropriate degree of routinization (not too slow, not too fast) to maximize performance. According to the coach of the French handball team, for instance, it is the frequency and regularity of players interactions (and not the duration – they spend the seasons with their clubs) that bond members and help develop a shared memory and implicit understanding.

If the link between individuals is too weak, if they do not share the same vision, if they do not have enough mutual narratives, if they do not have enough confidence in each other, then they take considerably longer to cooperate and may not even manage to do so. People need references, aspects of a common language, shared experiences and a joint vision of their goal if they are to be successful. However, if the link is too strong, if a team places blind trust in its leader, or if it operates too smoothly, it may not challenge itself when the time comes. A team that is too focused on itself may not see that its environment has changed.

Working on informal parameters to maximize team performance
The French handball team has only had two head coaches in 20 years and, although the composition of the team has inevitably evolved, the changes have been gradual, with one player following another. Furthermore, the selectors have placed less emphasis on finding excessively talented individuals than on players with the capacity to build a strong group together. This is a logical choice in a sport that consists of very short sequences of play, and which is based on an ability to implement technical combinations and routines.

It is a strategy that may well be entirely suitable in a corporate context. As the relationship between social capital, routines and performance is curvilinear (an inverted U), managers have every incentive to manage the make-up of their teams by playing on one or more of the above parameters, such as a common language, the intensity of relations, the role of the leader, trust, identification, and so on. This will allow balanced routines to surface – neither too slowly nor too quickly – so that a higher level of performance may be achieved.

Business applications
Recruiters and managers who create teams usually start by thinking about the skills needed to complete a project. They are less likely to have the overall composition of the team in mind, or the form it will take and the impact of the different social capital parameters that will necessarily influence the emergence of routines and, ultimately, performance. The study by Belmondo, Deltour and Sargis-Roussel invites managers to consider adopting a more global outlook and approach, and to use the concept of a team’s social capital to understand the critical issues of collaborative work.

The research demonstrates that it is not in a manager’s best interests to maximize the social capital of his or team (the frequency of interactions, joint knowledge and bonds of trust). Instead, managers should regulate the social capital according to whether they want to accentuate productivity or the quest for innovative solutions. As a consequence, managers may find it desirable to gradually reduce their team’s social capital – and recruit employees who are at a distance from the group’s habits – if circumstances so require.