IÉSEG > News > Students > Solistream – streamers play for a humanitarian cause
Back

Solistream – streamers play for a humanitarian cause

From a passion for video games and a desire to help others, “Solistream” was born, a charity event 100% broadcast live on the streaming platform Twitch, and created by Hector SAINTPALAIS, a Master 1 student at IÉSEG in the Asset and Risk Management major. 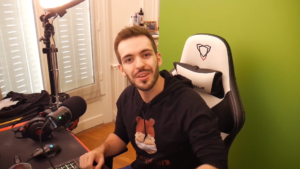 With its strong reputation among gamers, the collaborative platform “Twitch”, which allows gamers to follow live the prowess of more or less famous streamers, gives them the opportunity to collect donations that they can then choose to donate to the charities of their choice.

In 2019, during his university exchange in Germany, Hector SAINTPALAIS got involved in ‘Go Smile Uganda’, an association aiming to improve the well-being of rural families in Uganda by fostering women’s empowerment, women’s entrepreneurship, access to health care and education for poorer families. Hector used his streamer skills to raise funds for the charity by creating the “Solistream” event – a three-day event where Hector (under the name “BraunBair”) and other streamers in his community shared their computer screens while playing games like ‘Ratchet and Clank: Rift appart’, ‘Sea of Thieves’ and ‘Comedy Night’. Thanks to the event, he managed to collect €3,500 for the association. 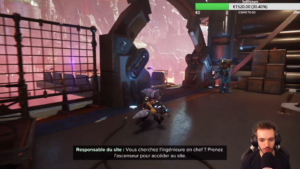 In June 2021, he decided to take it even further and repeat the experience by bringing in very famous streamers such as Timtoobias, who has more than 32,000 subscribers on YouTube and 13,500 followers on Twitch. He managed to gather six streamers for the occasion and they raised €4,200 within three days for the “Petits Princes” association, which aims to make the dreams of seriously ill children come true. In order to trigger the interest of spectators and collect a maximum of donations, Hector had set up forfeits by level. Thus, for the first €1,500 collected, Hector had to run 10km, at €3,000 he had to do paragliding, and for the €4,000, he would cross a part of France by foot and with no money. A live chat was also implemented to create interaction with fans and suggest other ideas.

“At IÉSEG, I developed skills that were useful for this project. In particular, thanks to the marketing course, I was able to manage a communication campaign and reach out to various media in order to increase awareness of the event. Moreover, as a student, we often tend to put ourselves down and think that we do not have what it takes to succeed. IÉSEG really encourages students to dare and try new things! This helped me with launching this project as well as for my future personal and professional goals”, concludes Hector.

Corporate Social Responsibility (CSR)
On October 14th, on the Paris-La Défense campus, the official launch of the 11th edition of the CREENSO Prize, the national prize for social entrepreneurship, took place. Created in 2011 […]

Flo’WeRun – over 300 people join the fight against peripartum cardiomyopathy

Corporate Social Responsibility (CSR)
On Saturday, September 25th, over 300 people participated in the third edition of the “Flo’We Run” by IÉSEG” solidarity race. Launched in 2019, this event is a tribute to Florence […]

Pedagogical innovations and collaboration: how IÉSEG meets the challenges of integrating CSR / SD principles in organizations