IÉSEG > News > Entrepreneurship > madamePee: the instant solution to relieve yourself
Back

madamePee: the instant solution to relieve yourself

An innovative start-up founded in 2018 by Nathalie DES ISNARDS, a graduate of IÉSEG, madamePee is coming to revolutionize public restrooms, especially those for women, by offering practical, hygienic and comfortable female urinals. We met with the founder of this company to learn more about the genesis of madamePee. 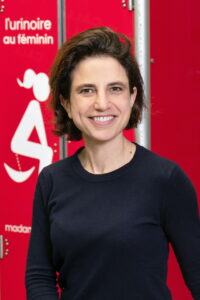 How did madamePee come to be?

The project was born 5 years ago from the observation that when you are a woman, it is difficult to find a place to pee quickly outside your home, especially in crowded places like big events. madamePee was therefore born from this particular issue. The feminine urinal that we have developed, allows women to relieve themselves in complete safety, cleanliness and practicality.

madamePee designs and manufactures its products in France and sells them to toilet rental companies who rent them out at various events. The event market was the first market that we chose for several reasons: the state of the art was so catastrophic that it was not very complicated to do better for women, and the idea of madamePee came from my personal experience during an event. In addition, the state of the restrooms at events was a problem for organizers who regularly received negative comments on social media. Starting in 2019, the female urinals were deployed at large events, and they were a huge success.

Before we rolled out, we of course did a field study to ensure consistency and adoption of the project. We worked with researchers in psychology and ergonomics to make sure that women’s needs were taken into account.

How did you overcome the COVID challenge?

The year 2020 was problematic because our first market (events) stopped suddenly. But we took the opportunity to research the needs of female users. We also heard from our customers about the needs of men, as well as the needs of tourist cities. In 2021, we released the companion of Ms. Pee: Mr. Pee, for men.

This year, we released the “urbanPee” that meets the needs of cities. We are now distributed in 8 countries in Europe and West Africa. The goal is to have “one for one”, meaning that every time there is a urinal for men, we want to have an equivalent for women, for reasons of equality.

How does madamePee make life easier for women?

Women are often, if not always, forced to wait in long lines to go to the bathroom. The urinal helps speed up the process. On the other hand, a study shows that if we take, for example, the toilets in a stadium, we find the same number of m2 on the men’s side as on the women’s side, however, we find 8 toilet cubicles on the women’s side, against 12 urinals and 4 toilet cubicles on the men’s side. With madamePee, we have shown that we can keep the same number of m2 but using more adapted infrastructures.

On the other hand, 95% of women do not sit on the toilet outside their homes. They often find themselves in an uncomfortable position with a conventional toilet. We have therefore developed this red cabin designed around 3 criteria: hygiene, speed, privacy.

How is madamePee part of a CSR approach?

Our goal is not only to improve the condition of women by reducing waiting time and increasing their comfort, but also to contribute to saving water. Indeed, it is important to know that 30% of a household’s drinking water is consumed by the toilet, and we consume an average of 9 liters of water per flush. We can no longer continue to waste so much water, especially drinking water, as we have seen with the drought of this summer 2022.

How is madamePee doing today?

madamePee is doing very well. Events have picked up nicely this year. We are growing threefold every year since the creation. We are now distributed in 8 European countries (France, Belgium, Spain, Portugal, Switzerland, Andorra, United Kingdom, Luxembourg) with over 350 booths deployed today. And we are in the process of expanding with international distribution. 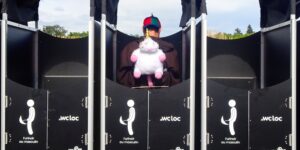 Did your studies at IÉSEG help you with building this project?

IÉSEG taught me to be resourceful, to have a Swiss Army knife… The school teaches us that there are few things that cannot be done. It opens you up to many things because you realize that even if you are not an expert in a field, you can still succeed. Speaking of which, I was recently listening to a podcast by adventurer Mike Horn whose motto is, “If I’m sure of the 10% of the way to go, I’ll learn the other 90% along the way.” I find this phrase inspiring.

Do you have any advice for a future entrepreneur?

I would take Mike Horn’s advice: dare to get started. There is nothing to lose and everything to learn along the way. However, you have to know why you are embarking on this path because it is full of pitfalls, hectic, demanding in terms of workload and emotion. If the reasons are not strong enough, we may give up easily.

Casambu: travelling with the essentials

Alumni
Have you ever dreamt of going on an adventure for a weekend, a week or even several months? Casambu offers you the possibility to get the right equipment for such […]

Impulso reaches out to young people in search of meaning

Alumni
An association born in 2016 under the leadership of Louis-Elie Maillard and Cyrille Roquette, Impulso is aimed at young people in search of meaning, thanks to microfinance. We met with […]
See our News