« How I met your start-up” is a student association of IÉSEG. Its mission is to create links between students, start-ups and large companies through the organization of events, forums and public speaking workshops. 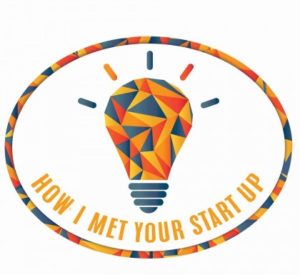 On Wednesday, November 24th, more than 600 people gathered (in strict compliance with the sanitary rules in force) in the prestigious Amphithéâtre Theilhard de Chardin, at the Université Catholique de Lille, to attend the great final of the 7th edition of its annual speech contest.

After a pre-selection phase, six students were selected by start-ups to represent them in front of a professional jury. Each candidate had to pitch their start-up in an original, impactful and eloquent way. In order to do that, they benefitted from a specific coaching from Jacques-Yves HENNEBEL, actor, writer and stage director.

The six start-ups represented were Epibox, which operates autonomous mini-markets in a container available 24/7; Gare ta Bécane, a platform for renting/sharing parking space for motorized two-wheelers; Betterway, which offers a pass for paying journeys using green mobility; BabelEdge, a plateform specialized in Artificial Intelligence applied to the dubbing industry; Quickr, a platform allowing access to restaurant menus by geolocation and finally Le Grenier Ludique, a platform allowing the rental, sale and purchase of board games between individuals.

After deliberation by the jury*, chaired this year by Frédéric Motte, entrepreneur, regional advisor and president of the REV3 mission, Paul Mathieu-Collin (IÉSEG) was named the grand prize winner of this year’s event. His start-up, Quickr, won the first prize of €1,500. The podium was completed by Jean Fournier (IÉSEG) and Matthias Bauswein (IÉSEG), who won for their start-ups (Gare ta Bécane and Betterway respectively) checks of 800€ and 500€.

Congratulations to the winners of this 7th edition, to the start-ups but also to the organizers of this major event around entrepreneurship in the Lille metropolis.

* More information about the start-ups and jury is available on the association’s website: http://www.howimetyourstartup.com/edition-7

Tokyo Snack Box, “boxes” that take you on a journey to Japan

Entrepreneurship
Live from Japan, overwhelmed by the boxes of orders in his apartment, Baptiste DELANNOY, 2019 IÉSEG graduate, tells us about his entrepreneurial adventure: Tokyo Snack Box. When was Tokyo Snack […]

Entrepreneurship
Launched in October 2021, Homie Eat, a start-up founded by an IÉSEG student, Louis VAST, and his high school friend Olivier CARPENTIER (now a student at EDHEC), is gaining momentum […]

Alumni
Atelier Belette, a start-up incubated at the IÉSEG Incubator, was officially launched in February 2021. This clothing brand for breastfeeding women aims to be eco-responsible, ethical and at the cutting […]
See our News