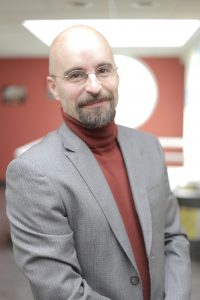 Based on an interview with Mikael Petitjean, IÉSEG, about his paper “What explains the success of reward-based crowdfunding campaigns as they unfold?” (Finance Research Letters 26, 2018, 9-14).

Reward-based crowdfunding platforms such as Kickstarter and KissKissBankBank have exploded in recent years, making entrepreneurs out of people who once would never have had the opportunity to bring their creative ideas to realization. IÉSEG’s Mikael Petitjean has studied what factors makes these campaigns flourish and what makes them fail.

Past empirical studies conducted in Europe on crowd funding platforms have focused exclusively on equity-based platforms, with little research attention being paid to their reward-based counterparts. The impact of reward-based platforms however is not to be sniffed at. In the US, Kickstarter has resulted in more than 150,000 successful projects with over 3.5 billion US dollars being successfully pledged.

Past research confirms what Kickstarter has long informed its budding entrepreneurs: “Rule #1 for Kickstarter videos: make one”. It is also no secret that encouraging early interest in campaigns is important to their success. But are these factors really the most important things for budding entrepreneurs to consider, and are they also as important for smaller sites, such as French reward-based crowd funding platform KissKissBankBank?

To answer this question, Petitjean hand-collected data from KissKissBankBank, a crowdfunding platform that has raised 90 million euros (for projects)… Petitjean found that the inclusion of a video was an important factor during the first week of the campaign, however by the end of the campaign it was no longer a key factor for determining success. Three other key factors also stood out:

2. Some fields are tougher to break into than others

3. The first week is key

Finally, the project confirmed once again what those in the crowd-funding sphere have long known. A successful first week is paramount to a successful campaign. Those crowd funding projects that fail to garner a crucial threshold of funding and buzz online within the first week after launch are unlikely to ever make it off the ground.

What additional advice can we give to entrepreneurs launching crowdfunding campaigns based on this research? According to Petitjean, “My main advice to campaign launchers would be to make sure you have a sufficient level of interest right from the start and to motivate the community around you to be active on the platform and to show how interested they are. It is very important to have an active community at the start. Then they will share this interest and create a virtuous circle very quickly.” Petitjean believes this is due to a kind of herding behaviour that occurs among potential backers. “They will look at this kind of project after one week or two weeks or three weeks and see what others believe. If they see a positive impetus they will be more likely to join the crowd.”

For those backing projects, Petitjean’s advice is simple: “Collect as much information as possible and don’t place too much trust in other people, otherwise you could end up being part of a bubble where people rush to back projects just because they believe others are bullish”.

Watch the video about crowdfunding here:

Petitjean’s study offers insights into ways entrepreneurs can succeed using crowd funding platforms. Despite the clear benefits of using videos in a crowd funding pitches, only half of those pitching projects on KissKissBankBank used videos according to Petitjean’s data, demonstrating clear room for improvement.

In this study, Petitjean hand collected data from the KissKissBankBank website and analysed the variables that had the biggest links to successful campaigns.

Mikael Petitjean joined IÉSEG in September 2016 as Associate Professor of Finance. Previously, he was Associate Professor of Finance at the University of Louvain. His areas of expertise are in asset and risk management, including financial regulation, economic analysis, fiscal policies, and codes of ethics. Mikael Petitjean earned his PhD in Finance at the University of Namur.

Entrepreneurship
In the context of the current COVID-19 pandemic, IÉSEG has adapted its summer program options for 2021. Students will be able to join classes either on-campus (Paris La Défense), or […]

Entrepreneurship
Based on an interview with Jonas Debrulle and Johan Maes of IÉSEG School of Management, Lille, on their paper, “New ventures: how team motivation affects financial outcomes” (The Journal of […]

Launch of the tenth edition of the Créenso Prize: discover the social enterprises that will be supported by IÉSEG students

Corporate Social Responsibility (CSR)
Created in 2011 by IÉSEG and the Fondation Ceetrus pour l’Entrepreneur Social (formerly the Fondation IMMOCHAN), the Créenso Prize – a national competition for social entrepreneurship – will celebrate its […]
See our News