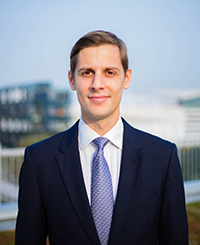 Based on an interview with Romain Cadario on his paper “The impact of health claims and food deprivation levels on health risk perceptions of fast-food restaurants” (Social Science and Medicine 2016).

As new research by Romain Cadario reveals, marketing health claims can lead consumers to underestimate the health risks associated with certain food products. He also found that those who are food deprived are particularly susceptible to health claims due to lower dietary involvement. These findings call for public policy initiatives such as educational campaigns targeted at food insufficient individuals.

Romain Cadario became Assistant Professor at IÉSEG in 2015. He received his PhD in Management Studies from Paris-Dauphine University in 2014 and then went on to complete a post-doctoral fellowship at ESSEC Business School. His research focuses on the impact of marketing communications on consumer behavior.

Cadario conducted a web-based survey of 414 American adults. Consistent with previous research by Pierre Chandon and Brian Wansink, stimuli included sandwiches from two fast-food chains: Subway (presence of health claims) and McDonald’s (absence of health claims). Respondents were asked to rate the health risks they perceived in terms of obesity, diabetes, and cardiac illnesses. Participants also answered questions as laid out by the USDA Food Insufficiency Indicator, which enabled Cadario to classify them as either food sufficient or food insufficient, which enabled him to determine the effect of food deprivation levels on their health halo bias.

Health claims and fast-food restaurants
As consumers, we all feel the effect of marketing and the branding of products. Food products branded as low calorie, low fat, or ‘healthy’ lead people to underestimate their caloric content, a phenomenon known as the “health halo effect.” Obesity, linked with high-calorie diets, is an increasing societal concern and is particularly pronounced in individuals deprived of food. “Little is known about health risk perceptions, especially for people who suffer from food insufficiency,” Cadario writes. “In combining consumer psychology and public health research we can try to answer the question: Is the health halo bias more pronounced in food insufficient individuals?”

When asked to compare the number of calories in a soft drink with those in apple juice, a consumer will invariably say that the apple juice has fewer calories, when, in fact, the same volume of apple juice has more. This is an example of the health halo bias – the consumer thinks of the apple in the juice as being healthy, and so they underestimate its caloric content. In the USA, Subway and McDonald’s are examples of how branding and marketing can alter perceptions and intensify this bias among consumers. Subway markets itself as a healthy fast-food restaurant; for example, its advertisements often depict vegetables with the slogan ‘eat fresh’. Conversely, McDonald’s does not position itself as a healthy brand.

Considering the different health claims made by Subway and McDonald’s, Cadario asked 414 adult Americans to look at two images of sandwiches from the two restaurants. The Subway item was slightly more caloric than the McDonald’s (640 kcal vs. 600 kcal). Based on the images alone, participants estimated the health risk associated with each, in terms of the risk of causing obesity, diabetes and cardiac illnesses. In the same survey, he determined the participant’s level of food deprivation, based on the USDA Food Sufficiency Indicator.

Health risk perceptions and the food insufficient
Analysing the results of the survey, Cadario found that consumers, food insufficient or not, perceive the Subway product to be a lower health risk. On a 9-point scale (with 9 being high health risk), this product demonstrates a mean value of ~ 5 when compared to the McDonald’s product, with a mean of ~ 7. Thus, Subway is a prime example of the health halo effect in action: it is a brand that makes health claims leading to consumer underestimation of the associated health risks. Results also show that this effect is more pronounced in food insufficient individuals. They perceive the mean health risk of eating a Subway sandwich to be 4.50, compared to 5.20 for the food sufficient individuals.

“The results imply that those who do not suffer from food deprivation, who have higher incomes and are likely to be more educated, are more aware of what makes food healthy or unhealthy and are more critical of health claims. These individuals see that McDonald’s and Subway are essentially the same. However, food deprived individuals are of low income, have lower education level and a lower level of dietary involvement, which makes them less critical of health claims and more responsive to marketing,” concludes Cadario.

Future studies on a global scale
Cadario points out that the study has limitations in terms of its geographic location and the number of brands investigated. To come to a more general conclusion, future work aims to encompass more brands, other health claims, the impact on children vs. adults, and to investigate the effects in more countries. “In Europe, McDonald’s is marketed differently and so we may see a change in results,” he says. “For example, in France, preliminary results show that there is no difference in the perception of Subway and McDonald’s: they are both seen as fast-food and no bias towards the health effect is seen.”

“Obesity is a great challenge for policy makers” stresses Cadario. “These results show that food insufficient individuals are more responsive to marketing health claims and policy makers need to consider how this can be used”. He warns that financial support mechanisms to help those deprived of food, together with obligations to post the number of calories in food products, is not enough to stop individuals responding to marketing health claims. “Governments need to help individuals better understand what they are eating, especially those that are food insufficient. This should be done from an early age through education initiatives in schools.” He adds, “People need to learn how to critically examine marketing and how to pay attention to and understand nutritional information about food.”

Growth or profitability: what should come first?

Pedagogy & Research
The rapid growth of firms, including new ventures, is regularly lauded by policy makers, the media, researchers, and other stakeholders as something which is overwhelmingly positive and even a benchmark […]

Pedagogy & Research
Effective knowledge sharing among employees has long been recognized as important for companies notably due to its impact on performance, and even in terms of stimulating creativity or innovation. However, […]

« Faculty in the Spotlight » with Pascale Patat-Dubouis