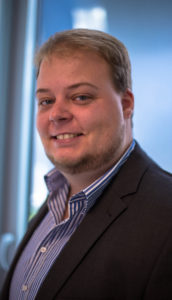 Based on an interview with Fabian Bartsch and his article “Brand credibility and marketplace globalization: the role of perceived brand globalness and localness,” co-authored by Timo Mandler (Toulouse Business School) and C. Min Han (Hanyang University), published in Journal of International Business Studies, 2020.

Rising anti-globalization sentiments possibly affect consumer behavior. Do perceptions of a brand’s localness or globalness affect its credibility? It depends on the market, so brands must be strategic in their marketing choices.

Fabian Bartsch received his PhD in international marketing from the University of Vienna after studying in the Netherlands and Canada. Currently an associate professor of marketing at IÉSEG, he draws on social identity theory to study the behavior of consumer groups in a globalized market setting.

After decades of increasing globalization, the 2008 financial crisis sparked a backlash of nationalism and anti-globalization. These were exemplified by the election of US President Donald Trump (and his “America First” policies) and Brexit—and saw echoes in locavore and “buy local” trends. The current coronavirus crisis will likely accelerate these tendencies as international trade plunges.

Long before the current health crisis, Fabian Bartsch and his co-authors sought to examine consumers’ perception of globalness. Previous studies had found that consumer belief that a brand was marketed internationally brought it credibility. But the researchers felt that this might be changing. “Consumers don’t necessarily buy into the idea that globalness is a good thing,” Bartsch says.

These concerns have the most relevance for how global brands, such as Coca-Cola, McDonald’s, Zara or Ikea, manage their brand identity in different countries.

In highly globalized Western societies—North America or Europe—that have suffered greatly from the financial crisis, some consumers have an increasingly negative attitude towards globalization. However, other markets—in Asia, the Middle East and South America— continue to experience profound positive transformations of their societies thanks to globalization.

Bartsch and his co-authors decided to compare a “globalized” and a “globalizing” market, choosing Germany and South Korea. As Bartsch explains, while Germany’s market has slowly become globalized over 20 or 30 years, “South Korea is jumping there.” The country is “enjoying an influx of foreign products, a transformation of the consumer landscape … more choices, more foreign culture,” Bartsch says.

Overall in a globalized market (Germany), the perception of globalness does not contribute to brand credibility, while in a globalizing economy (South Korea), it does. Hence, an ad featuring an international star like George Clooney pitching Nespresso in an anonymous metropolitan setting is expected to be more effective in South Korea than in Germany. In a globalized market such as Germany, the researchers advise promoting local attributes.

How a global brand can signal “localness”

A foreign brand might signal “localness” in various ways. L’Oréal often uses local social media influencers to promote its brands rather than internationally known celebrities. McDonald’s in France has been successful at adapting to the French market by promoting its use of French beef and other local ingredients, opening McCafés that serve macarons and espresso, and offering table service. There is also the more radical option of buying a local brand—as Coca-Cola bought the Korean soda Kin Cider—and promoting its local origin.

In summary, by contrasting these markets, this study sheds light on differing consumer preferences, as well as the appropriateness of brand positioning strategies. The authors advise brand managers to consider differences in market globalization when evaluating strategic choices.

Brands benefit from a perception of globalness in globalizing markets, while benefiting only from a perception of localness in globalized markets. However, the authors uncovered some subtleties. Brands should evaluate their position in terms of brand origin (domestic or foreign), whether the product signals status (cars and clothing, for example) and whether the product is closely tied to local preferences, customs and traditions (food and drink).

If a brand is both a domestic and international brand, they observed a certain “homefield advantage.” Though in general, in a globalized market, perceived globalness was not of interest, with a domestic product it was. In other words, the fact that the German carmaker Volkswagen is both a local company and a globally recognized brand might evoke pride in German consumers, adding to the brand’s cachet. In the globalizing market, this home-country bias was also observed, leading the researchers to suggest that marketers emphasize both localness and globalness for a domestic brand.

Luxury brands also will benefit from a perception of both localness and globalness in both markets. If a product is considered a status object, the perception of globalness increases this quality. On the other hand, if a product has strong connections to the local culture—a food product, for example—perceived localness is important. For products that are not culturally grounded, however—high-tech electronics is one illustration—localness is irrelevant.

In addition to conducting a comprehensive review of existing literature, the researchers surveyed 1,400 people, aged 18 to 75, equally divided between Germany and South Korea. Each participant was asked to evaluate two brands. The researchers used the KOF Globalization Index to determine the extent of the globalization of the two countries.